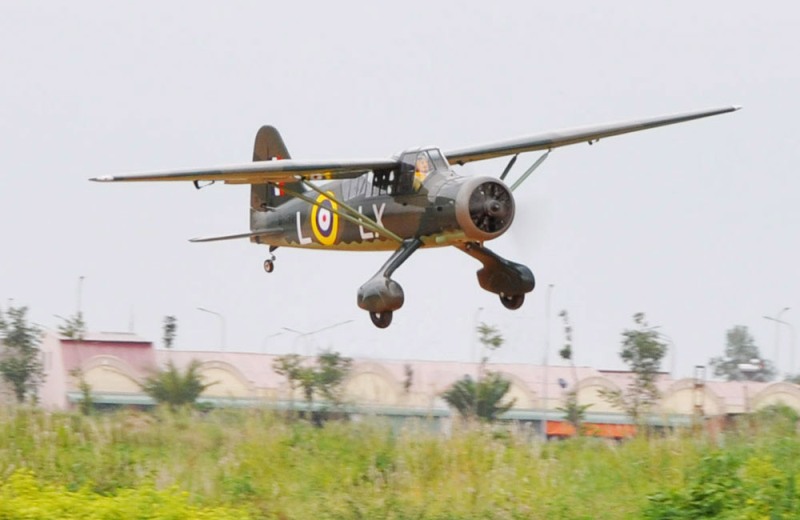 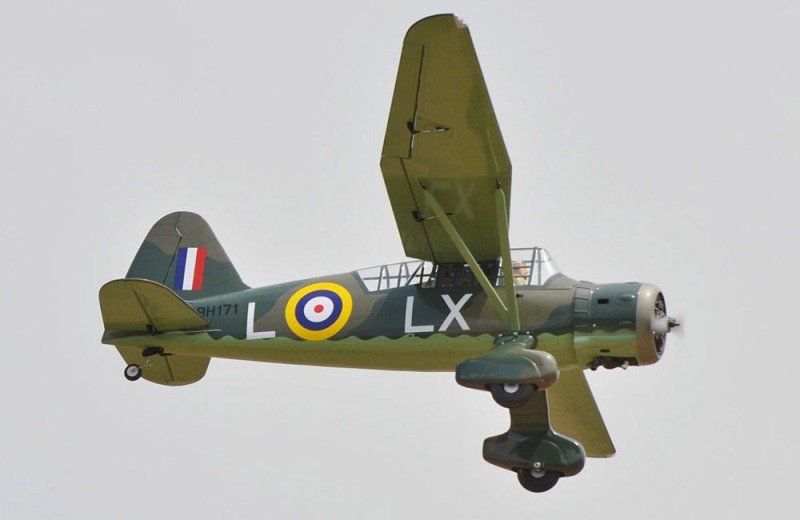 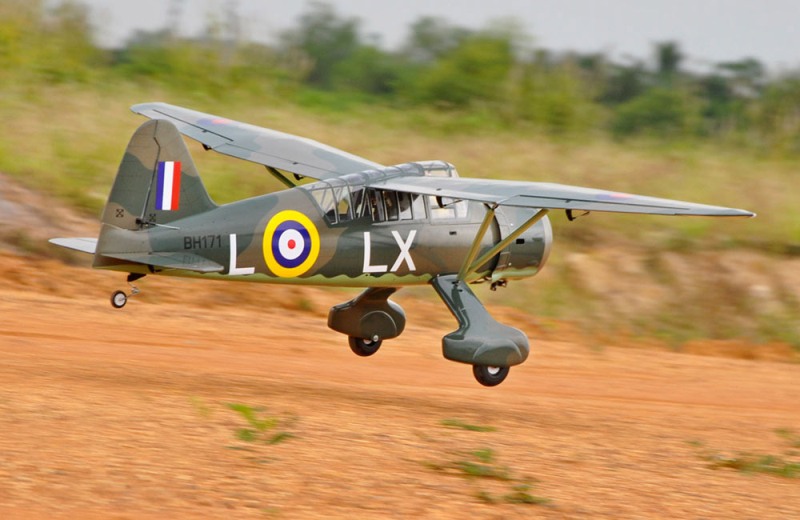 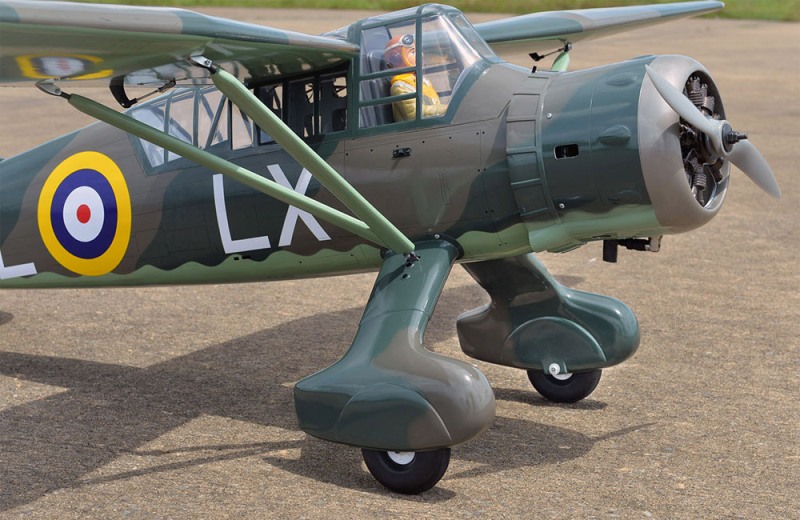 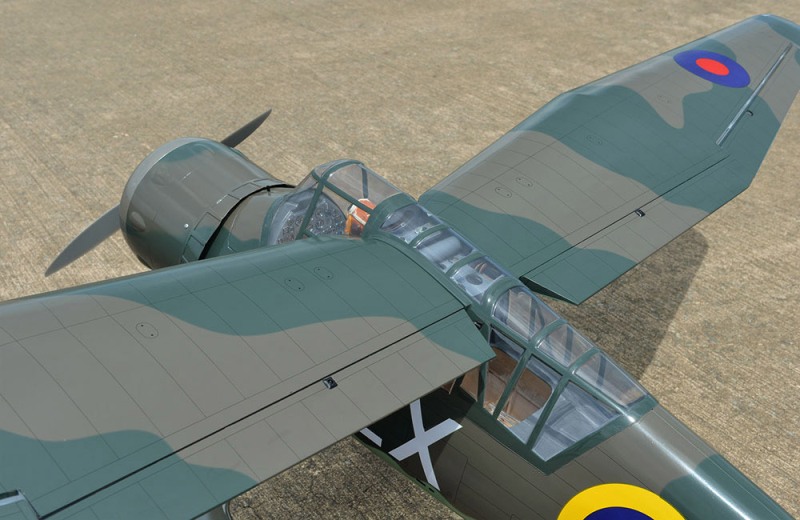 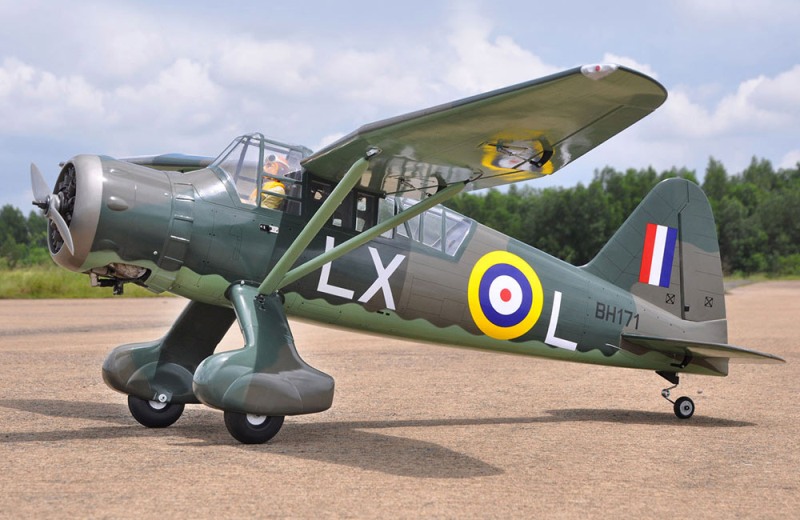 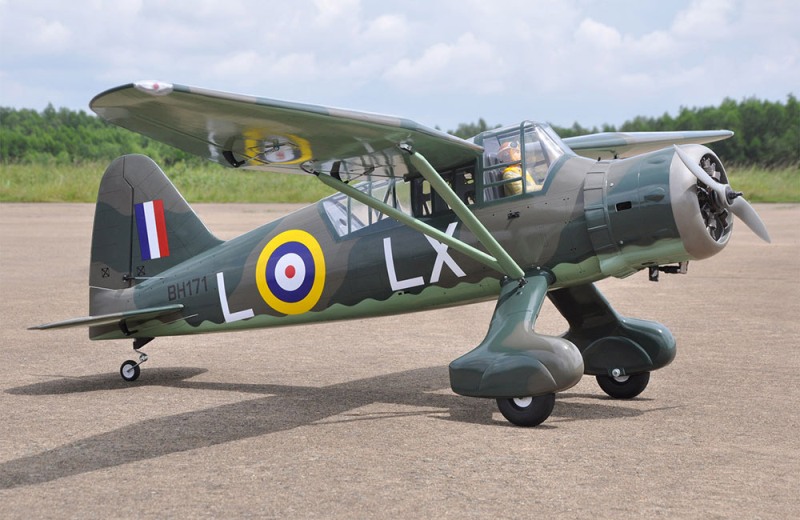 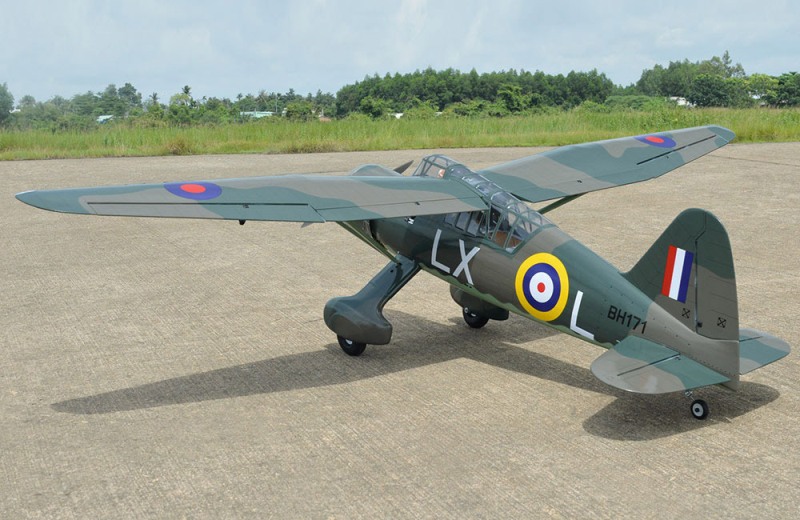 The Westland Lysander was primarily built as an Army co-operation aircraft but found fame delivering and collecting secret agents (SOE) from France in WWII. Its short take off and landing (STOL) capability, good payload and reasonable turn of speed made it ideal for the role.

The Black Horse version is based on the MkIII and the colours scheme mimics a surviving one in the RAF Museum in Hendon.

Several are still flying today from the 1800 built.

At 100in span she is certainly not a small model, but like all Black Horse models, the ingenious design allows easy rigging and de-rigging so that she will fit in a normal Estate kind of car.

The Lysander is a complex aircraft and Black Horse have faithfully kept the general shape of the original.

Small changes have been made to suit the needs of a model, especially in the wing mounting area, but this does not detract from the general 'lines' of the aircraft. The wing shape has been adapted very slightly but you would need to look very hard to tell!

Like all Black Horse models, construction is from laser cut balsa and ply parts, carefully assembled by skilled staff of specia ljigs and then hand finished. The sheer amount of care and skill that is poured into each model is very obvious when you open the box.

Covering is with specially printed heat-shrink film and the plastic/fibreglass components carefully spray painted to match. It is a technique that Black Horse have perfected over the years.

With that low wing loading and highly efective flaps, the Lysander's STOL performance can be used to the full.

Even the undercarriage has springing to suit our UK grass flying sites so she is a very practical model to use.

Just fit a suitable petrol engine like the OS GT-33 and GF-40 and that performance will be surprisingly 'spritely'.

Even the electric power combination recommended will not be lacking! The choice of power source is yours.

It is not designed to be aerobatic and the control power reflects this. It is all about scale performance and co-ordinating controls, especially the ailerons and rudder.

Although she can be flown on 6 channel radio, we recommend the use of 8 channels to be able to experiment with aileron and flap combinations that really signify what the Lysander is about.

If you are looking for something different that is both simple to operate yet extremely scale in appearance, the Lysander makes a great choice.