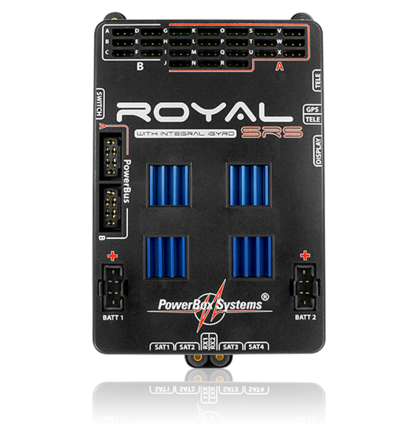 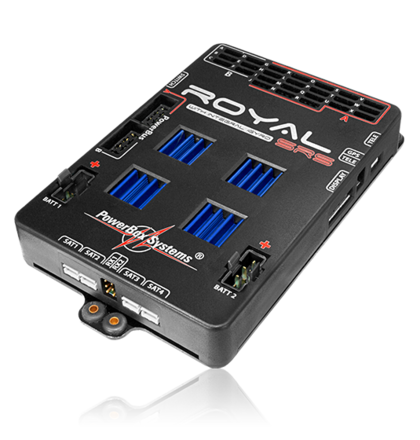 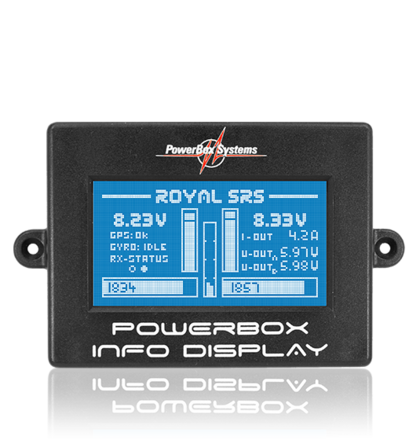 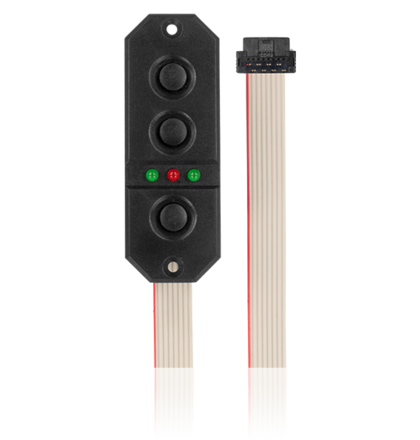 Here at PowerBox-Systems we have developed a new High-End product designed to provide supreme functionality and security for the demanding pilot.
Current requirements obliged us to adopt many new ideas during the development period: these include the triple-axis iGyro as well as our new PowerBus technology, which is destined to introduce fundamental changes in the electronic layout of large-scale models as a whole.

other respects we have retained proven concepts in further developed

form. For example, the new Royal SRS is fully programmable using a menu

system, controlled with the SensorSwitch and a blue backlit LCD screen;

as usual, all battery-specific and flight-relevant data can be displayed

on-screen after each flight.
The door sequencer function and the

internal iGyro both feature integral set-up assistants which make it

possible to complete the essential set-up procedures in very short

systems have brought them to the forefront of current technology, and

The Royal SRS features no fewer than four high-performance voltage regulators, allowing the use of both HV servos and conventional 6 V types. With dual security in mind, each pair of regulators can be set to an output voltage of 5.9 V or 7.4 V.

The Servo-Match and Fail-Safe functions have also been expanded: the software now provides adjustment facilities for all 24 outputs individually, covering servo centre, travels, fail-safe and hold-mode. Servo reverse is available with a single button-press.

Six different radio control systems - Spektrum, Futaba, JR, Multiplex, Hott and Jeti - can be bound to the Royal SRS, most of them providing telemetry output of battery-, receiver- and GPS data.

The Royal SRS can be updated using the

USB adapter, and is therefore equipped to cope with new systems in the