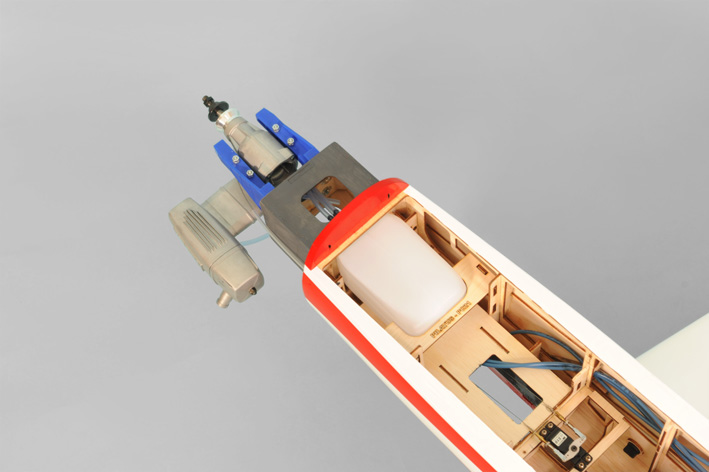 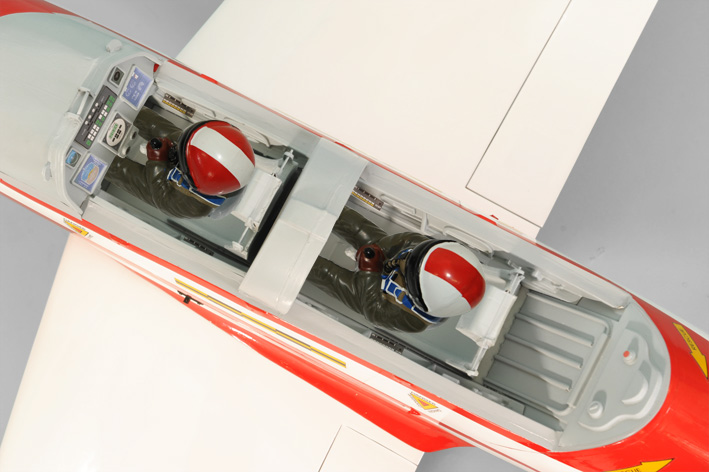 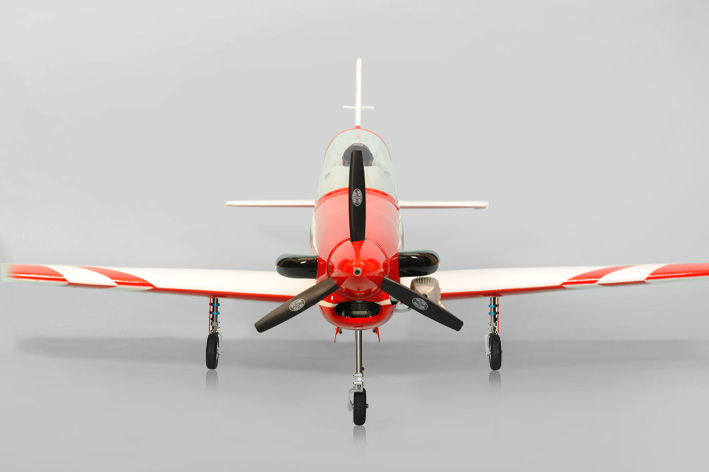 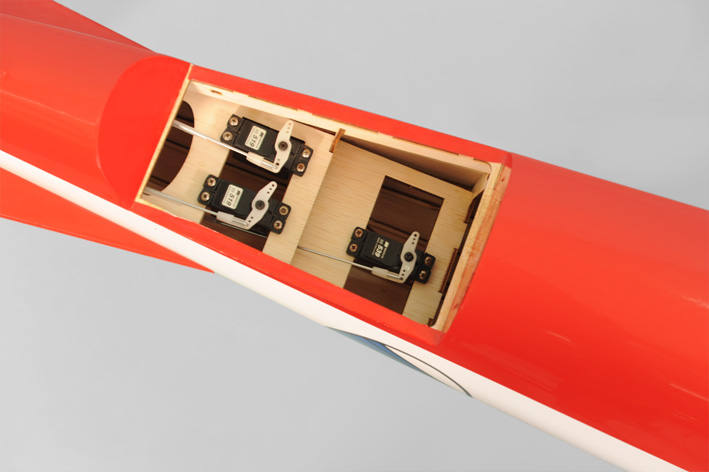 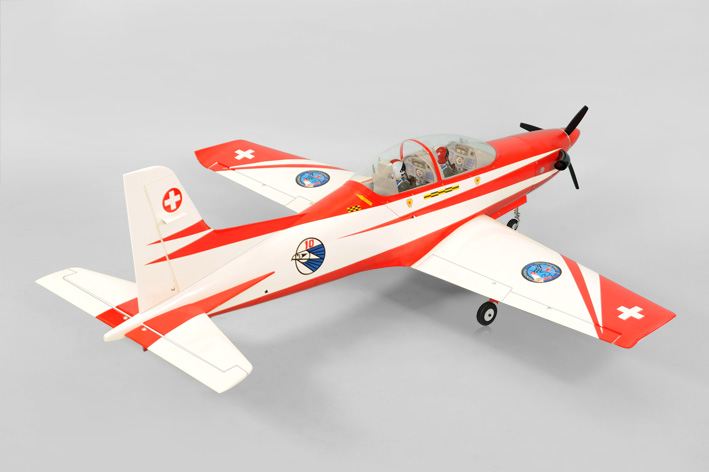 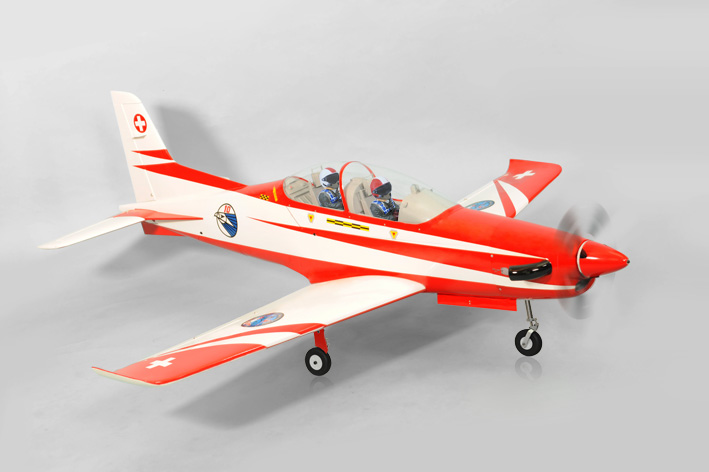 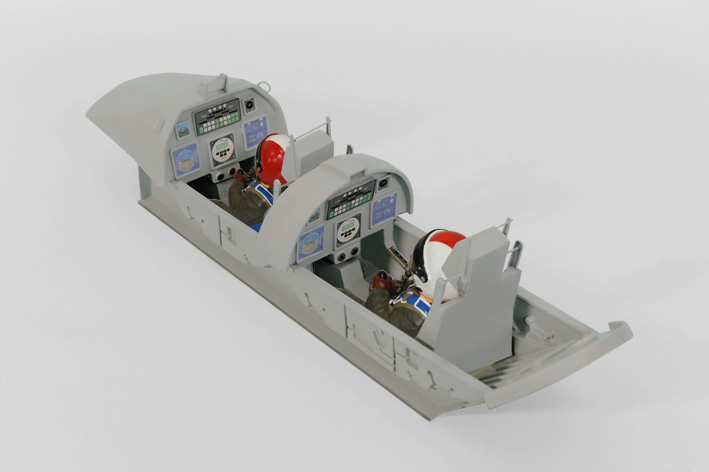 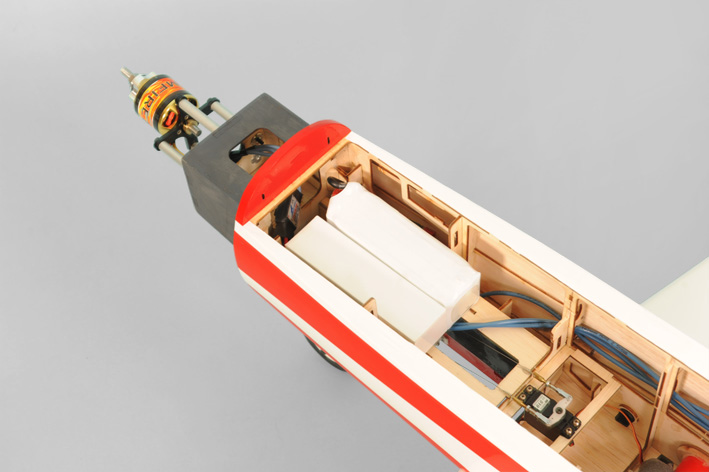 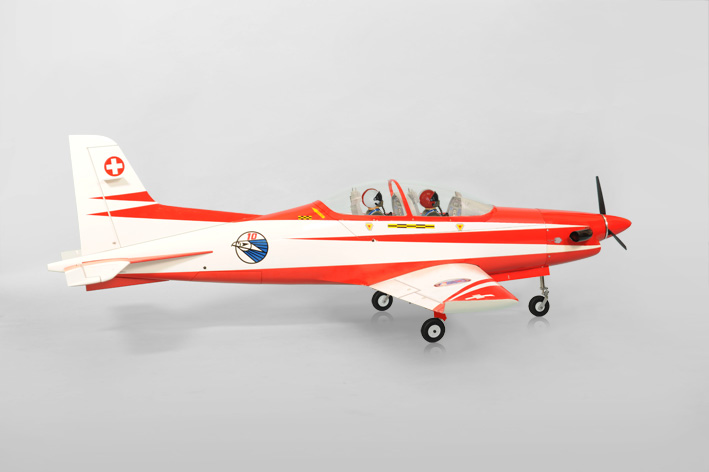 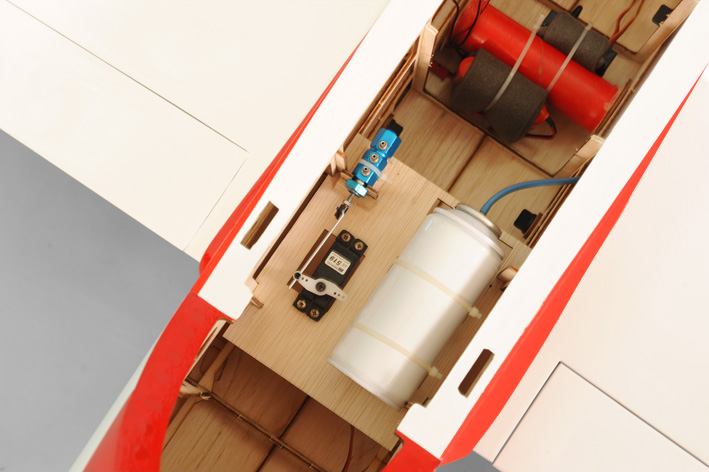 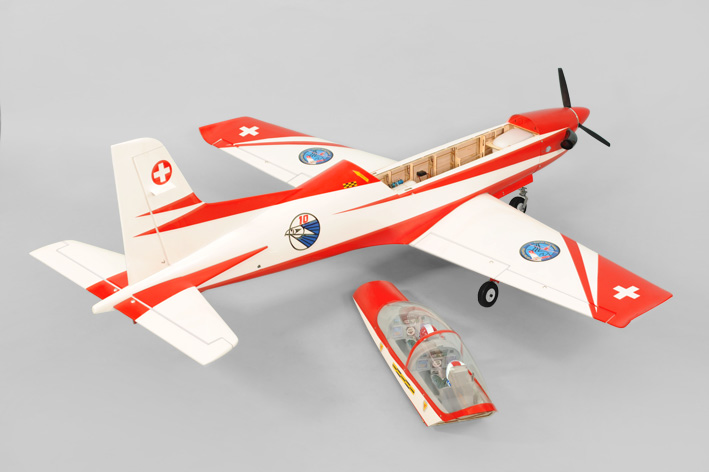 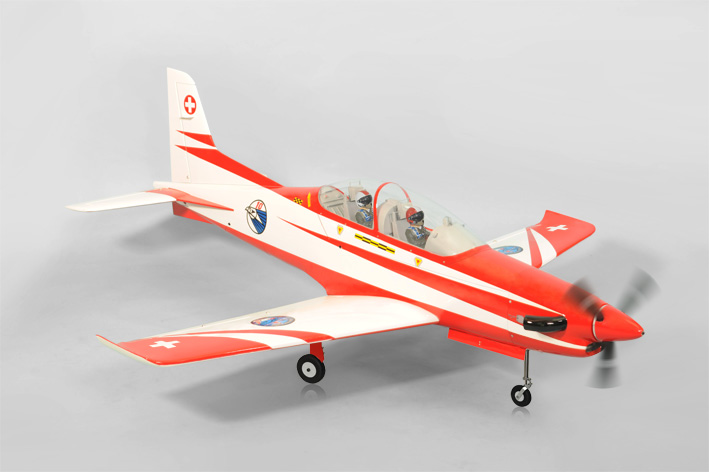 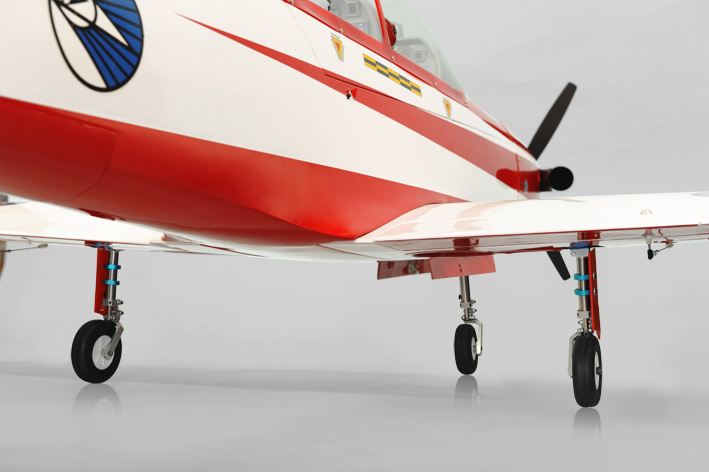 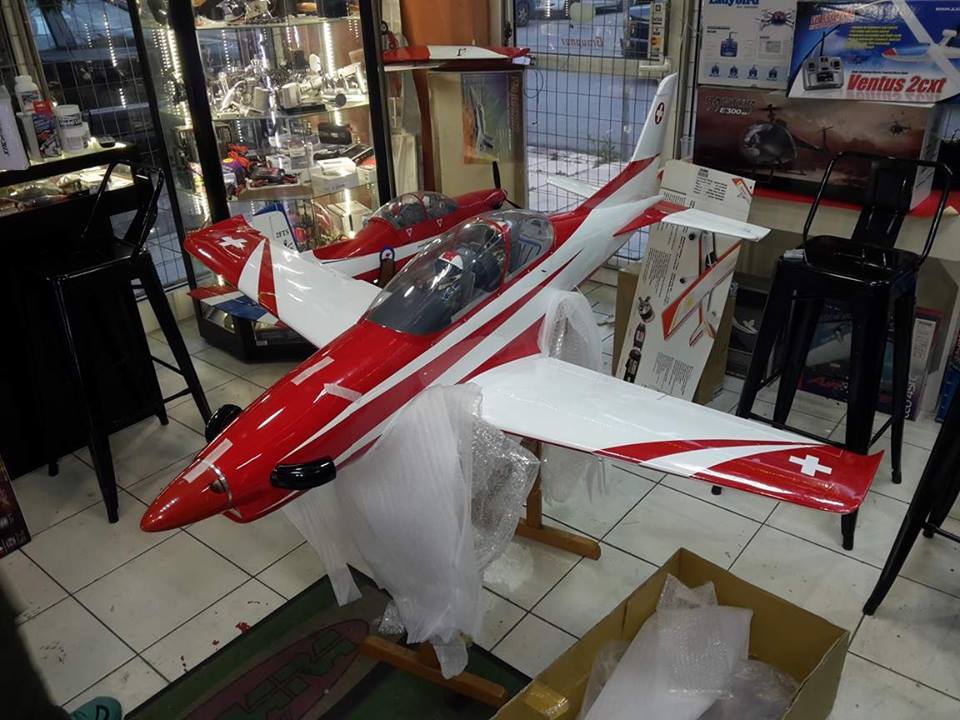 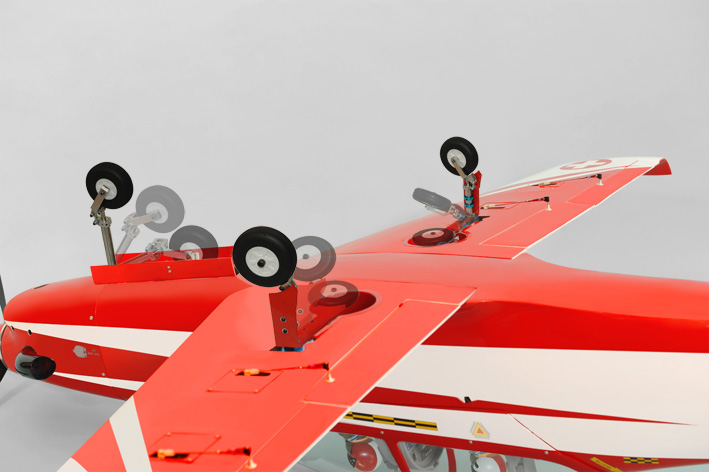 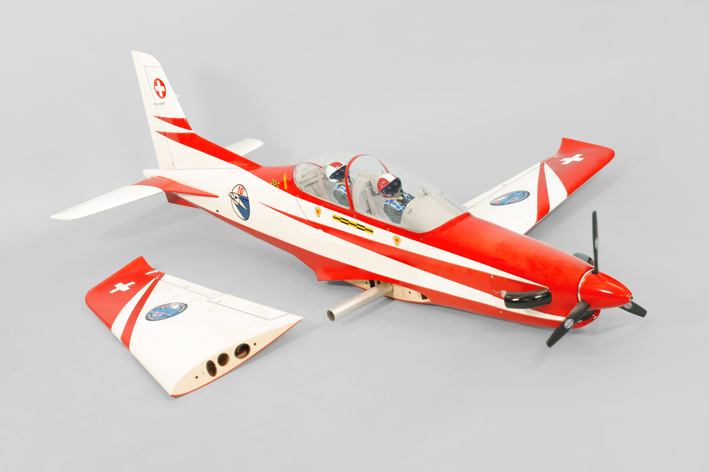 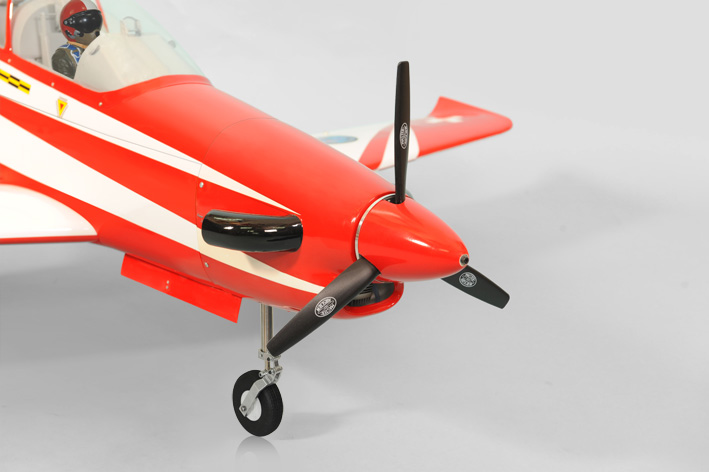 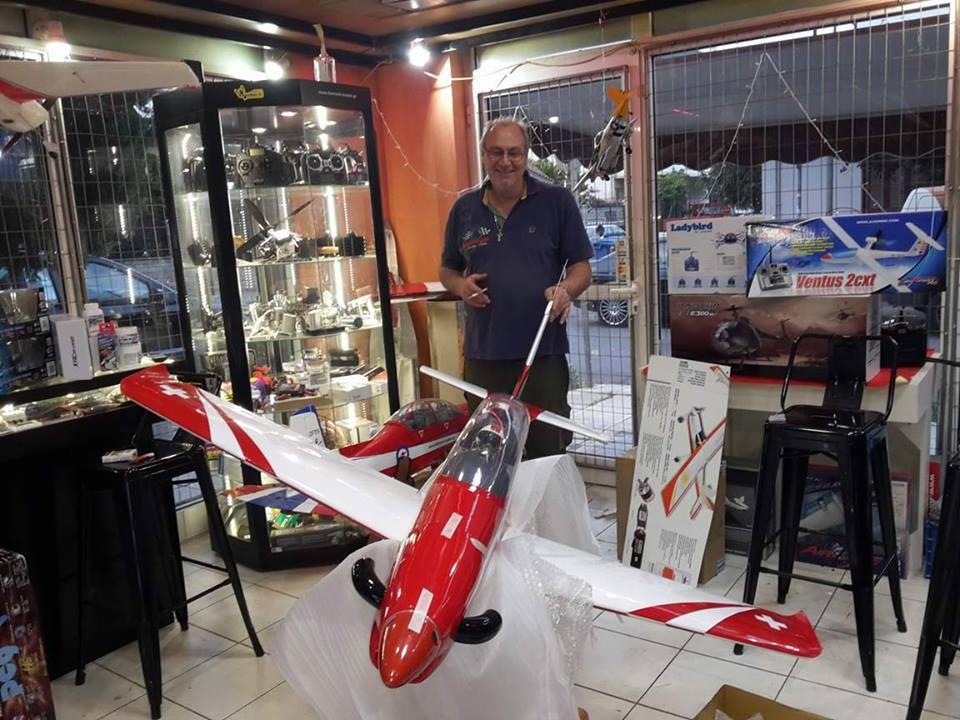 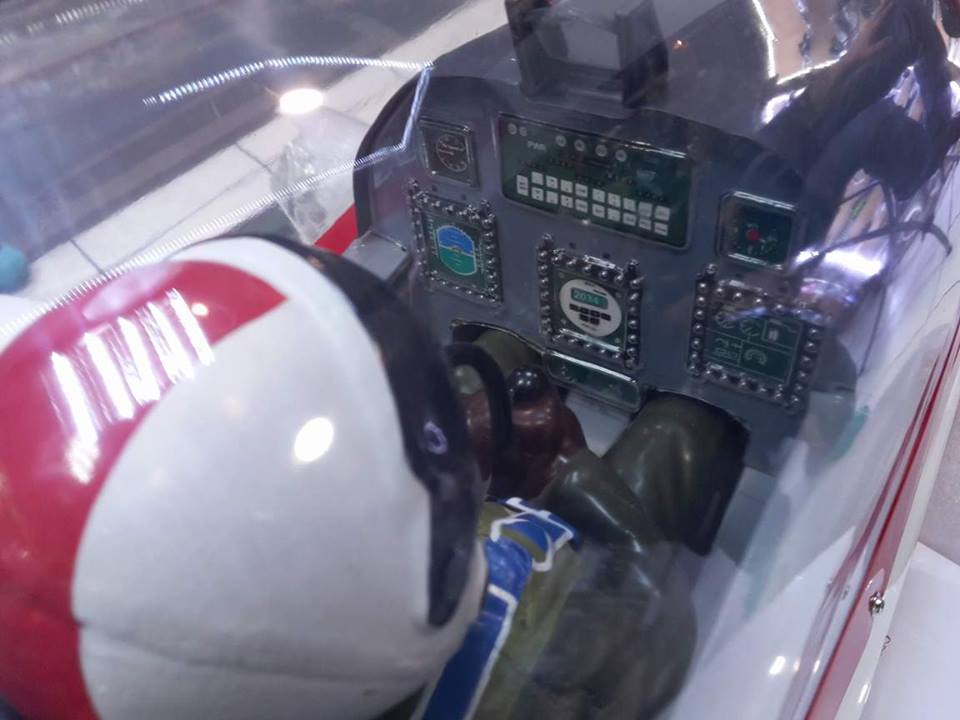 From November 1997, Pilatus flew a modified PC-7 Mk.II to test various improvements for a next generation turboprop trainer. In November 1998, Pilatus decided to privately fund the development of the PC-21 training system. Full-scale development was launched in January 1999. Extensive wind tunnel tests were performed to validate the CAD/CAM design. A PC-7 MK.II was converted into a proof of concept aircraft to test higher wing loadings, spoilers, the 1600 shp engine and power management system. Roll out of the first PC-21 prototype was on 30 April 2002 at the Stans factory. The aircraft will be certified in 2004, with first deliveries possible from late that year, it was said at the roll out.
Now you can experience the spirit of the PILATUS in this giant-scale dream, PHOENIX MODEL's 1.20 sized replica of he real thing. The PILATUS PC21 ARF, based on the most recent version of the PC21, is an easy-to-assemble, easy -to-fly blast for any pilot interested in large-scale flight. Functioning scale flaps make takeoffs and landings a breeze. Factory-created scale detail like the canopy, control surfaces. Its authentic ORACOVER covering supplies a superior sheen. The PILATUS PC21 ARF is part of PHOENIX MODEL's complete line of top-quality aircraft and accessories.