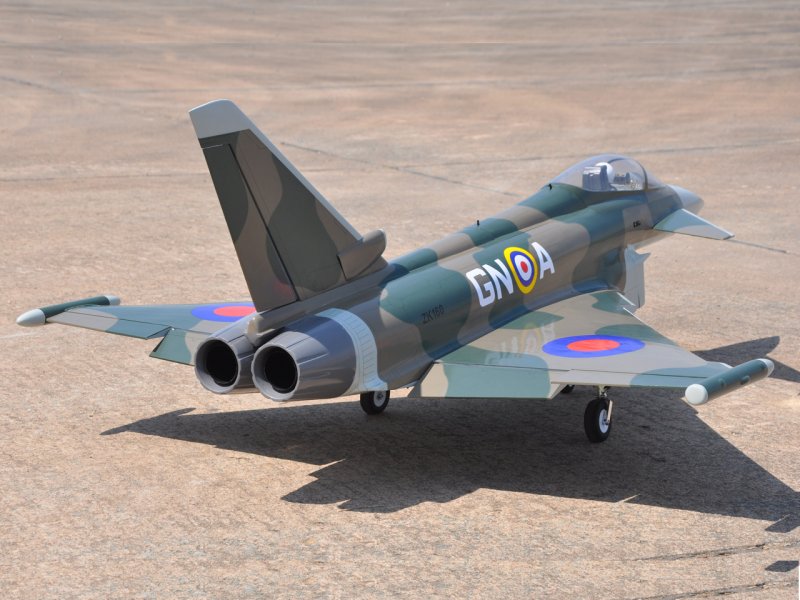 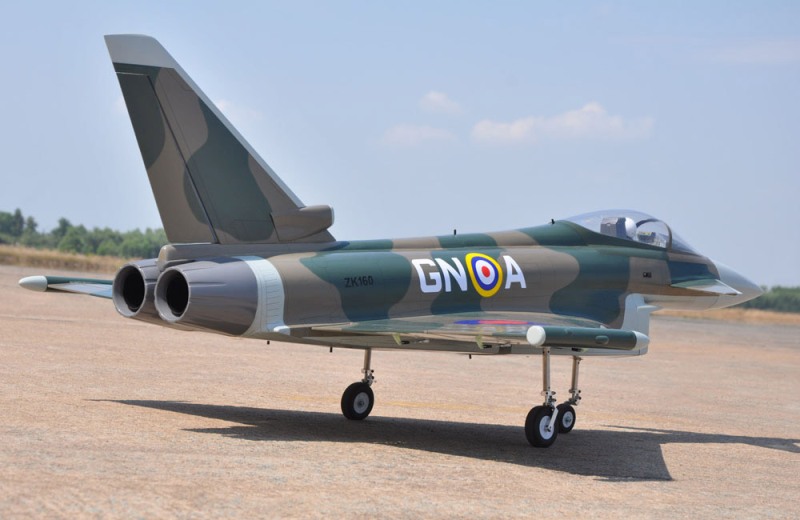 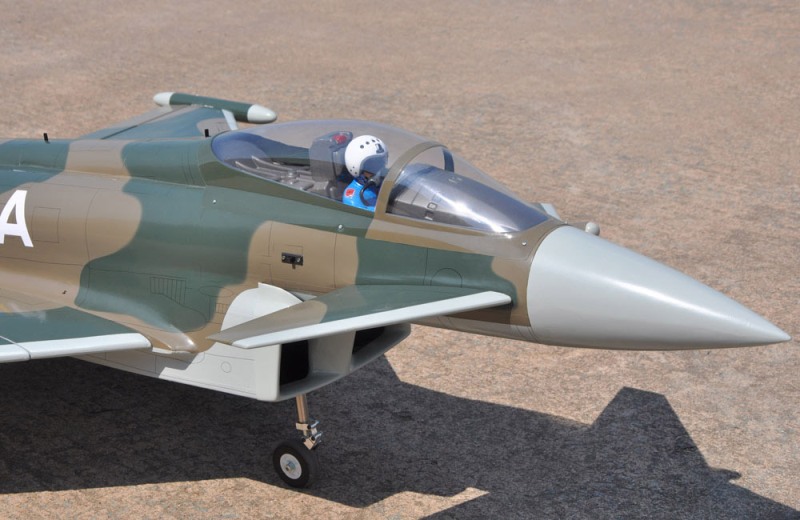 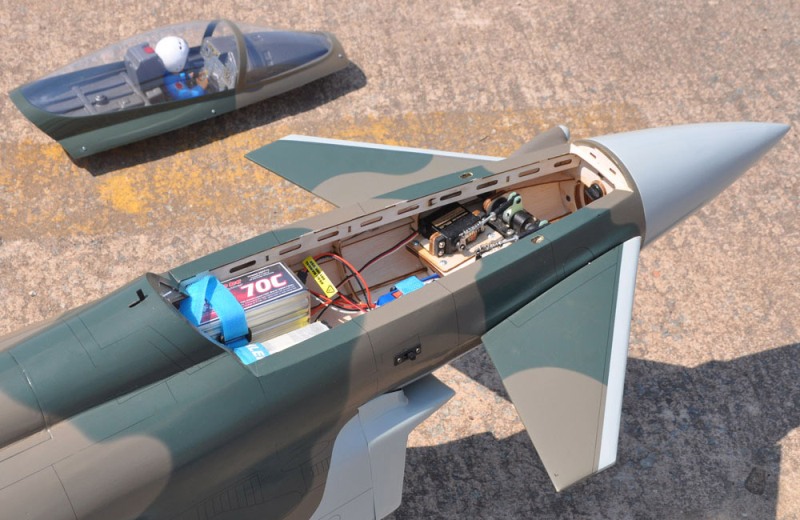 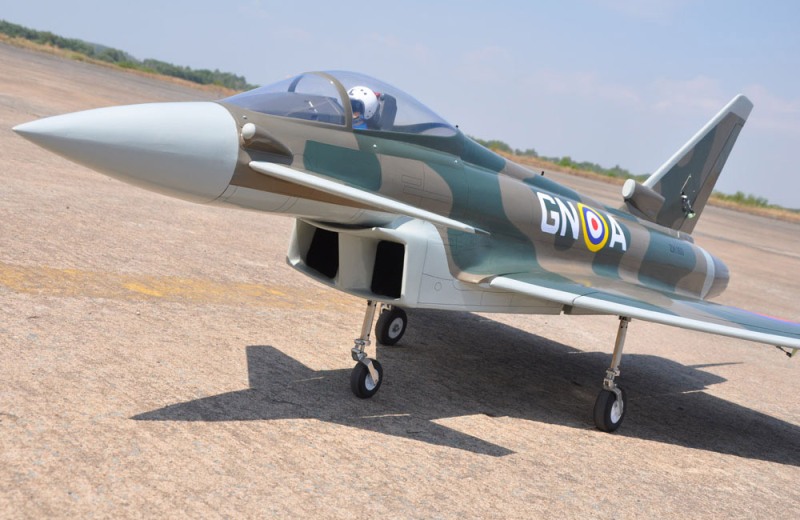 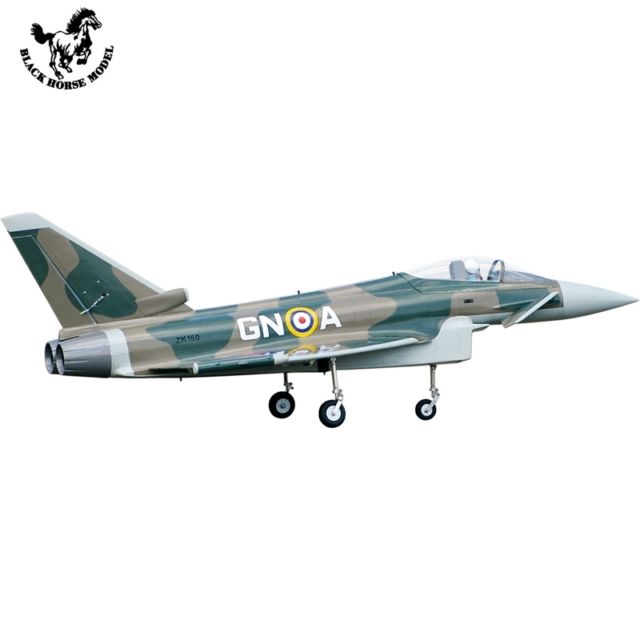 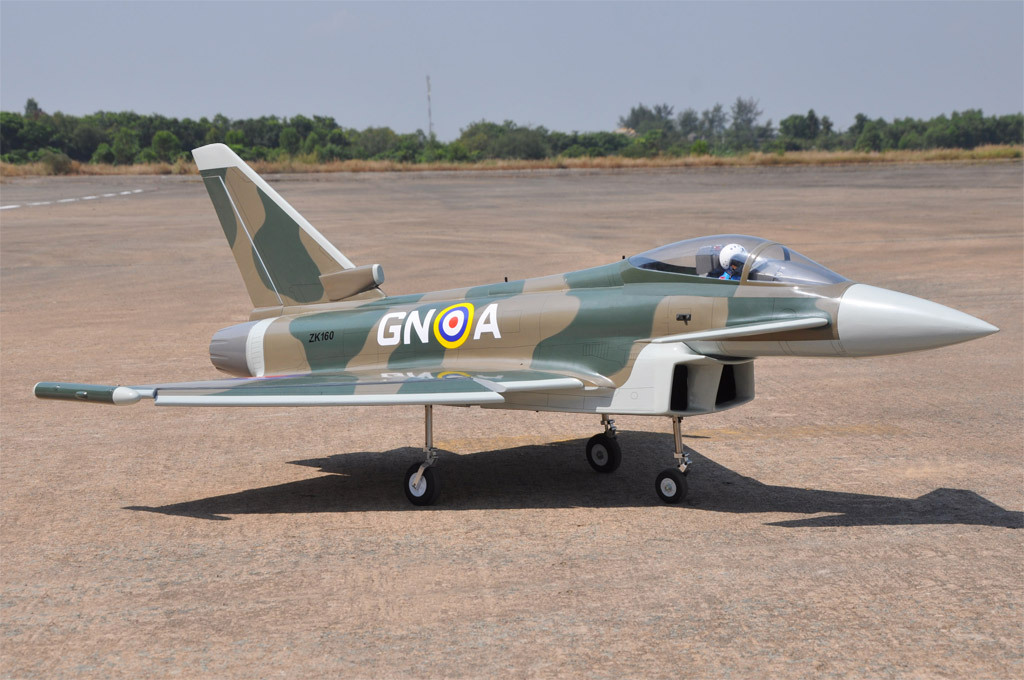 The Eurofighter is a twin-engine, canard-delta wing multirole aircraft used by many air forces including the RAF,

The structure is built from CNC cut balsa and ply all aligned by hand on jigs for accuracy.

This traditional method results in a lightweight and strong airframe ideally suited to EDF fans.

There are 4 large hatches for easy access to the onboard electronics during assembly or maintenance.

This kit also comes supplied with CNC metal oleo struts ready for your electric retracts (F-RMXER040M and F-RMXER040N are ideal).

Using a large 120mm EDF combined with a large 12S Li-Po this jet is no slouch and really rips through the sky.

When it comes time to land thanks to the large wing area she also excels at slower speed giving gentle handling on approach.

Finished in the beautiful ‘Battle of Britain’ anniversary scheme this is a real conversation starter at any local flying club.

NOT INCLUDING ELECTRIC RETRACT GEAR.
ONLY INCLUDING CNC SUSPENSION METAL STRUTS.
ALL BALSA – PLY WOOD CONSTRUCTION.
COVERED IN A HEAT-SHRINK FILM WITH PRINTED