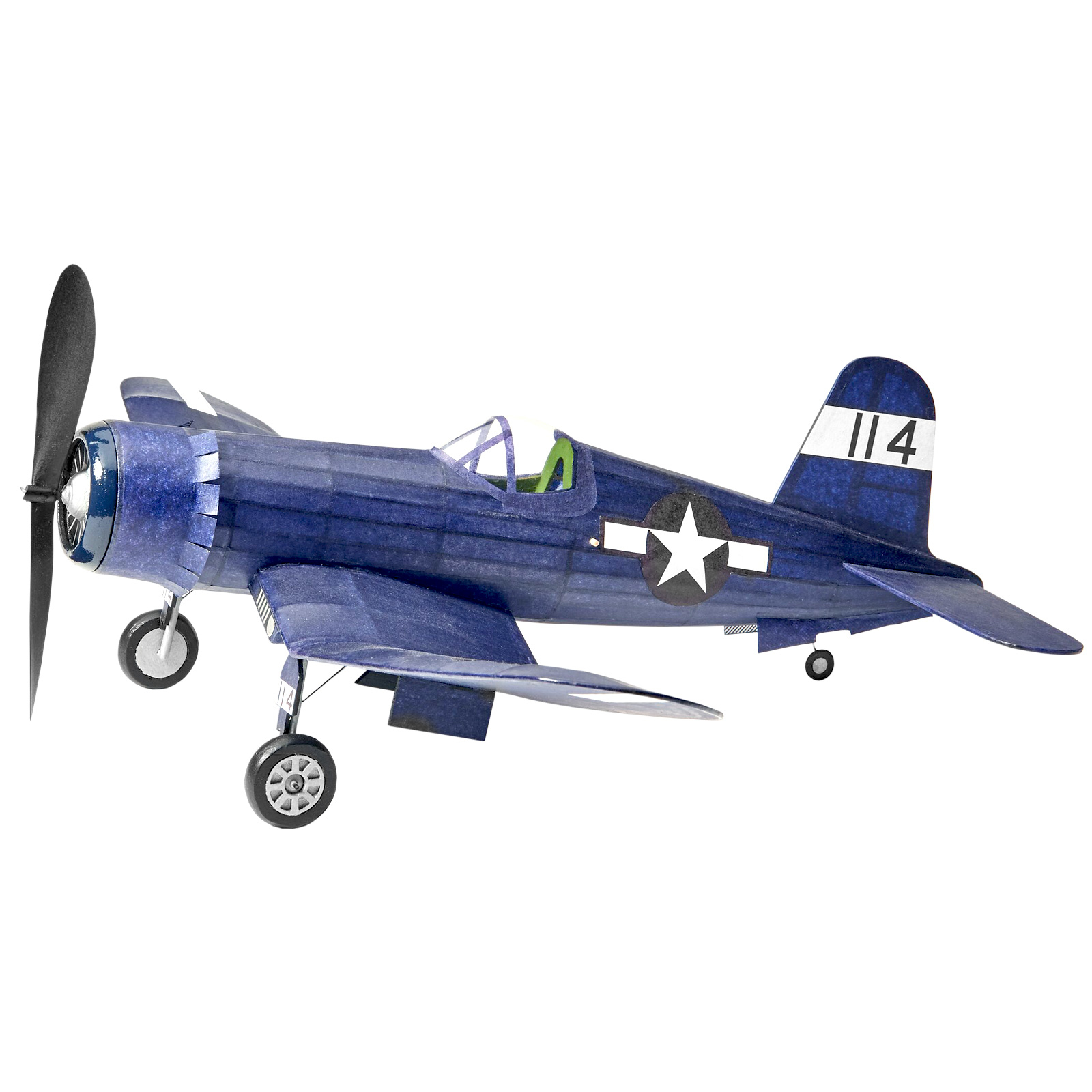 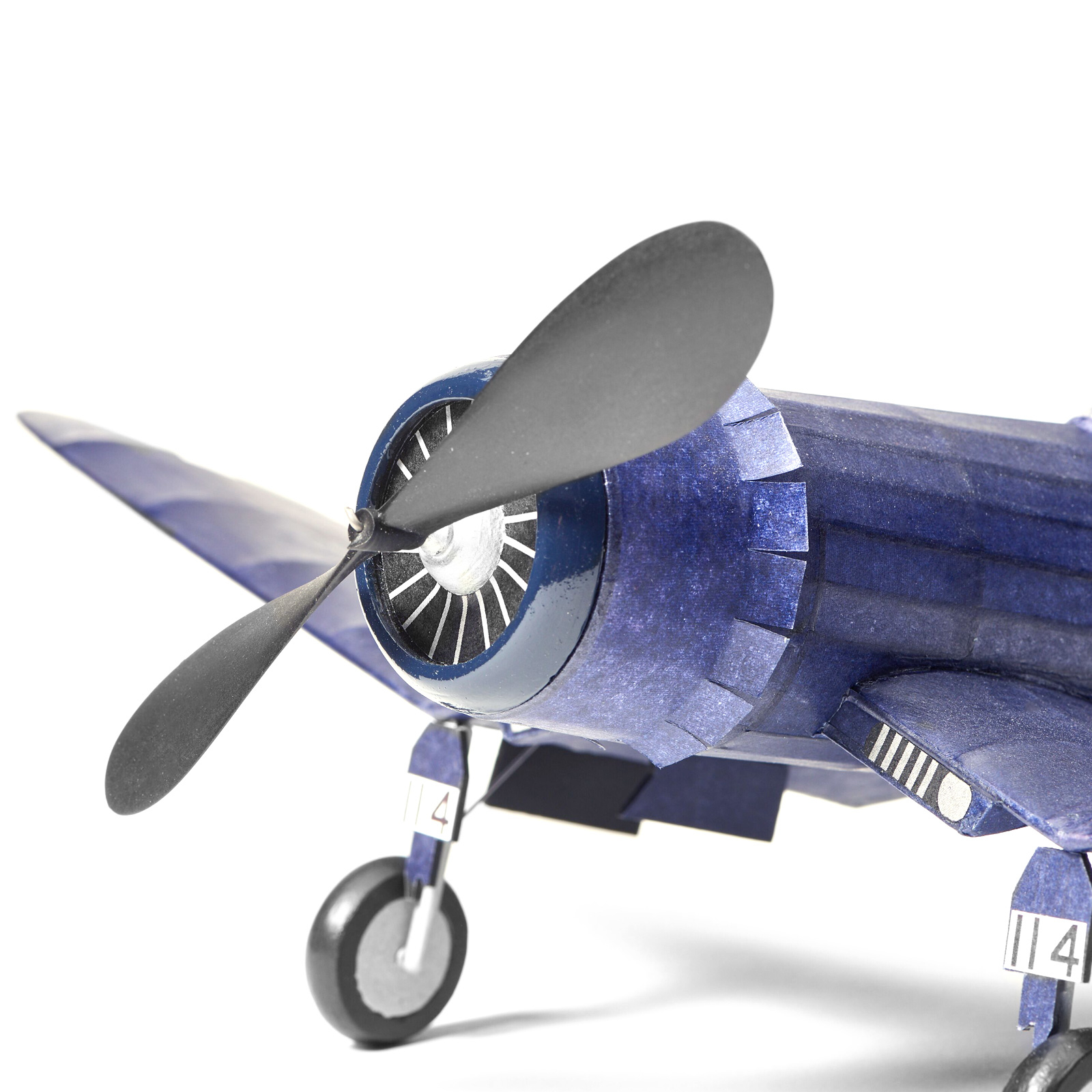 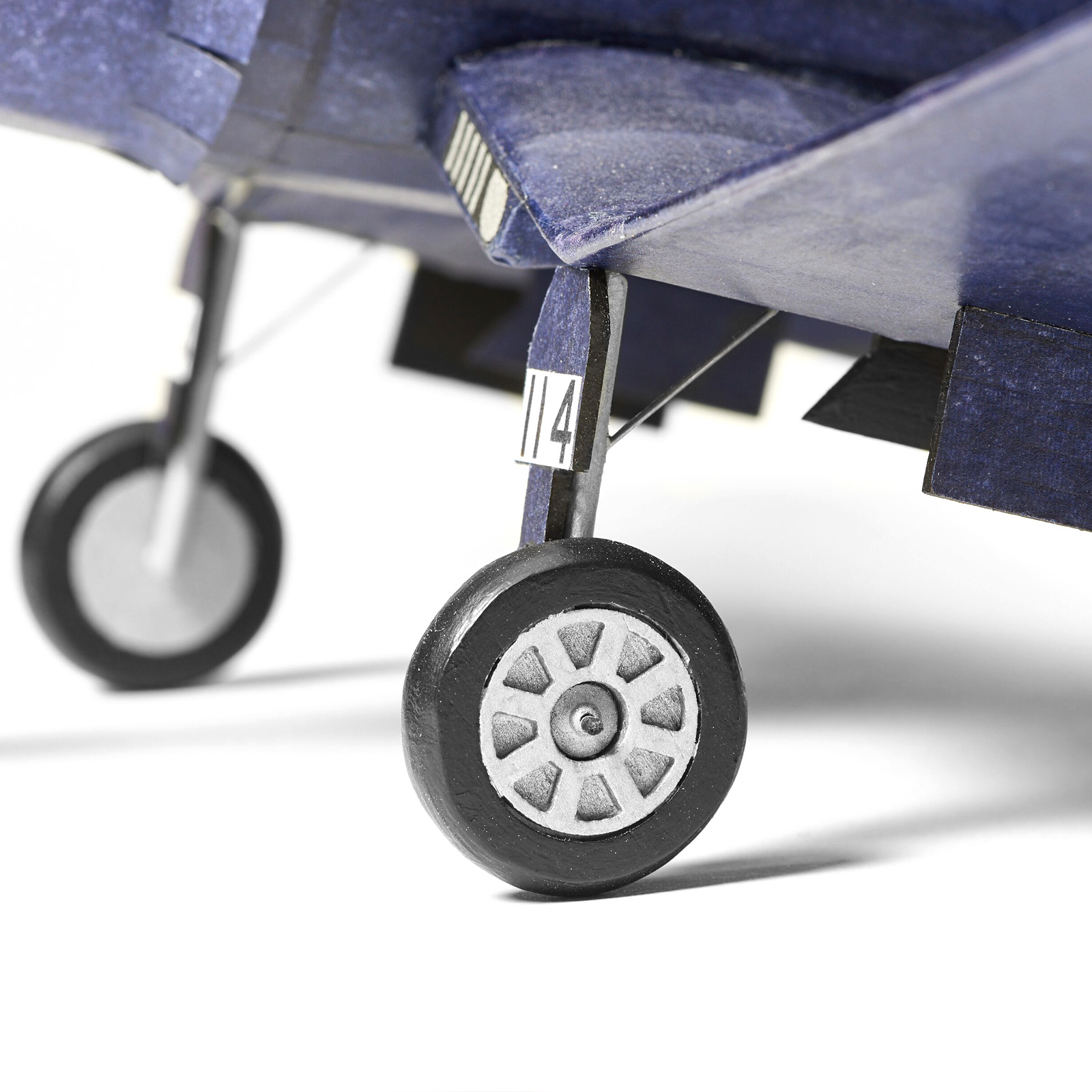 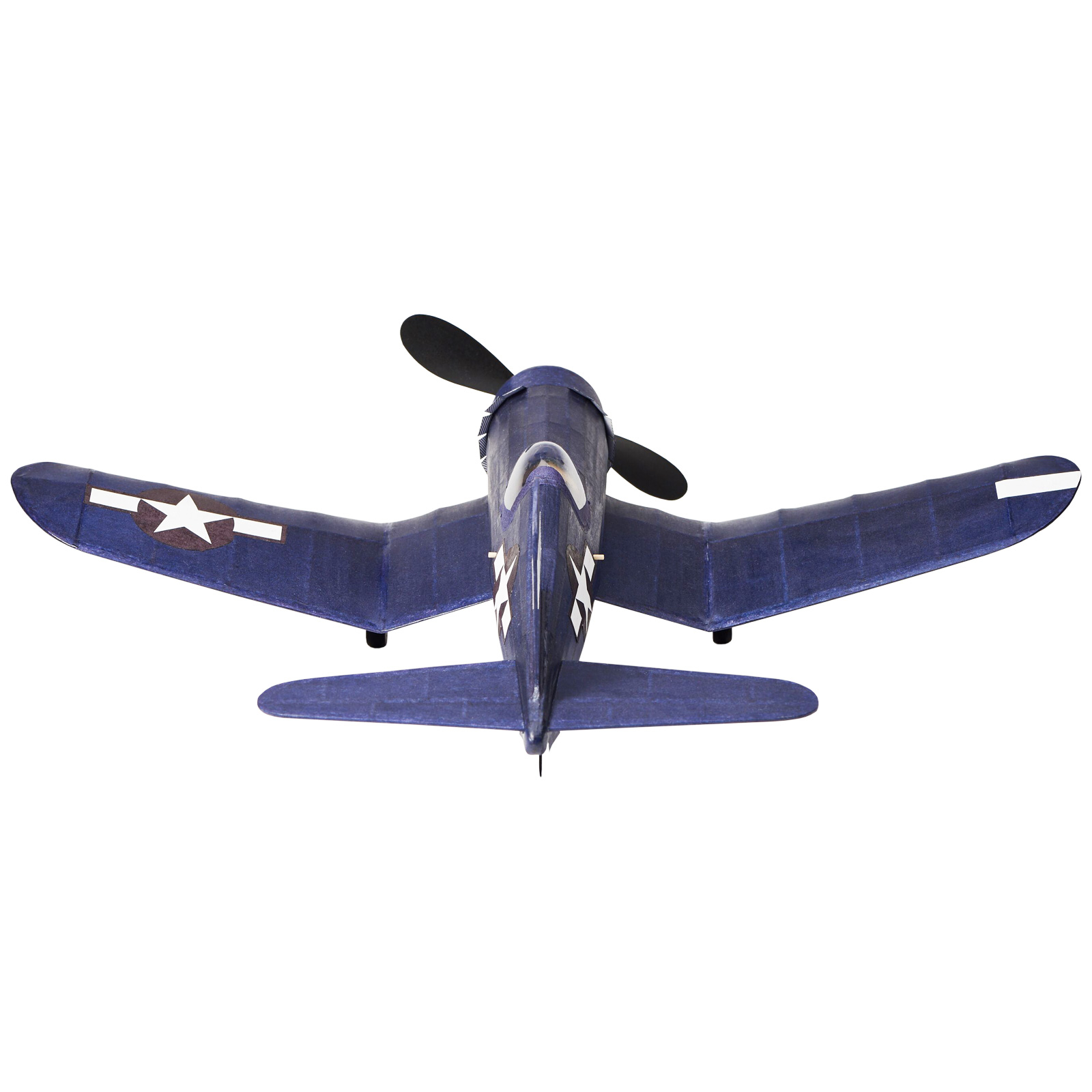 In 1938 the U.S. Bureau of Aeronautics issued a specification to manufacturers for a carrier-based fighter bomber. Chance Vought successfully answered this request with a proposal for an aircraft fitted with the biggest, most powerful, air-cooled engine of the day - the hugely powerful Pratt and Whitney 18-cylinder Double Wasp. The engine required a very large diameter propeller to use the 1850 horsepower available, which gave the Vought engineers a headache as it required an equally large clearance to the ground. The simple answer of a tall undercarriage would be unacceptable due to the harsh landing loads expected for a carrier based aircraft. To overcome this problem, the design team lead by Rex Beisel came up with a "bent" inverted gull wing design. The inboard section of the wing having a severe anhedral angle and outboard section a severe dihedral angle with the undercarriage positioned at the joint of the two. As well as being structurally sound the distinctive configuration had the advantage of minimising drag at the wing root to fuselage joint.